The Timeline - College and Bob

It is my first year at college, we're talking British college here, ages 16-18. I'm sat in a computer room learning to program in Turbo Pascal 7 for DOS. I notice that ASCII charactor number 2 is a little smiley face. I decide to colour it cyan and call it Bob and with that a legend is born.

The first game created starring Bob is called Bob Out. It's a breakout clone, Bob bounces about to break a wall of other Bobs.

The first Slayer Software intro was made at this point too:

Bob Out was based on some example project code I found. The first game completly written by myself was Bob's Adventures: Episode 1 - Dark Dungeons. This game also saw the introduction of one of Bob's enemies, Evil Red Bob.

Next up came Battle Bob. This was the first 2 player game I created.
Bob and Evil Red Bob are pit against each other in a simple deathmatch.

Bob Manager a simple football manager game marks a step forward in Slayer Software games. Although the main game still runs in text mode, my first use of graphics mode is used for the title screen.

A multiplayer game for 2-6 players, Bob Running was the next production. A keyboard mashing game, where the player who can press their keys the fastest gets their Bob across the screen first to win.

The new year sees something unexpected from Slayer Software, a game not starring Bob. Line Fighter is a two player fighting game with stick figures.

Bob makes his return again in Bob Snake 2. There was an original Bob Snake 1 but I no longer have the code to date it or to take screenshots so I left it out apart from the mention here. Bob Snake 2 is a simple snake game for 1-2 players with level layout based on the old QBasic Nibbles.

Another important event happened along with Bob Snake 2. Thanks to my new knowledge of graphics modes, the Slayer Software intro screen was updated, as shown on the left. Can you see the X-Files influence?

After Bob Snake the development of the Bob Tron series began but I'll talk more about that later. My next release was Bob's Questions & Answers. This was a quiz engine designed to ask the player 20 multiple choice questions from a number of questions sets. However only 2 question sets were ever written and they are both sci-fi oriented.

After many text based games it was time for Slayer Software to move forward into the realm of proper graphics modes. The first game to utilise my new graphic engine was Bob Driving. The game itself however is not very complicated, you simply have navigate a path of cones getting narrower and narrower to see how many you can get past.

Following Bob Driving was Bob Skiing. Based on the same engine it is a very similar game, except this time you are trying to ski downhill as quickly as possible.

A small mini-game came next. In Bob Smile you must stare at Bob and try to make him smile.

Next up a game with a long history, Hit version 3:00. Hit is a simple concept, a one on one shoot 'em up style game. It was originally written by my dad for the Sinclair Spectrum and again for the Atari ST. Over the years, continuing the legacy I wrote 3 major versions of Hit for the PC. Version 1 was riddled with bugs and had no enemy AI, they would just sit and wait for you to shoot them. Version 2 was based on the version 1 code, with bug fixes and improvements, the enemies finally move around and fought back. Version 3 was a complete rewrite after all I had learned writing my other games. I no longer have copies of version 1 & 2, so I left them out of the history apart from the mention here.

Also with Hit, for one time only, the Slayer Software intro goes back to the original red text and asterisks, although in graphics mode this time.

Then came another mini-game by the name of Bob Diving. This a simple program based on another old Spectrum project. You choose a colour of Bob and then watch them dive.

To finish off the year I created Bob: The Motion Picture. Instead of a game this is a 20 minute film, progammed and rendered real-time. The story starts off generic sci-fi and rapidly descends into a rip-off of Star Wars, along with some Star Trek and Babylon 5.

It's a new year and time for a new look to the Slayer Software intro. This was the first logo to use one big "S" for both slayer and software, which became a trend for some time.

Early 1997 saw the release of probably my most important title, Bob Tron 97. Like Hit, the development of Bob Tron took place over a long time and many versions where released. There were three major versions before this: Bob Tron, Bob Tron 2 and Bob Tron Mark III. There were also two versions after this: Bob Tron With A Vengance & Bob Tron Forever. Based on the Light Cycles game from the film "Tron", this game is for 2-4 players with the object being to stay alive the longest without crashing into the walls or other players.

Further advancements came along with The Shooting Gallery. It is the first Slayer Software game to use a mouse. You use the mouse to target randomly appearing Bobs and click to shoot them.

Soon after The Shooting Gallery came Tic Tac Bob, a basic Bob themed noughts and crosses game. While a basic game it includes another technical advancement, it is the first game to include full background music during play.

At this point it was time for Slayer Software to have an online presence. So I created Slayer Software Online at http://members.aol.com/slayersoft/bob/. That site no longer exists.

By now I'm coming to the end of my time at college, it's the end of an era for Slayer Software too with the release of my final game written for DOS, Bob Tron Forever. This game has many improvements from the last two versions of Bob Tron, including more game modes & options, more effects (audio & visual) and limited AI for a single player game. You can play Bob Tron Forever online or you can download Bob Tron Forever here.

By 1998 I've moved away to university and my time for Slayer Software is much less. However while I'm learning Visual Basic 5 I decided it was time for a new bob game. It was called Bash A Bob. It is based on those arcade games you get where you bash things popping out of holes with a mallet. It also has the distinction of being my first game for Windows. You can download Bash A Bob here.

Slayer Software was dormant this year. This is basically the year I discovered beer! This section will be expanded in the future.

After spending most of my computer time over the last two years writing websites and learning PHP it was time to use that knowledge for something Bob related. I decided to write a new version of Tic Tac Bob this time written in PHP for a single player in a browser. It was originally written using PHP3, but has since been updated to work for PHP 4 & 5. You can Play Tic Tac Bob Online or Download the Source for you own website. 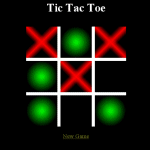 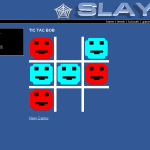 2001 sees my site finally move off AOL. Slayer Software Online is shortened to Slayweb and the whole site is given a redesign. The address was http://www.slayweb.freeserve.co.uk/ but thanks to freeserve's name change this one no longer exists.

Another slow year with no Slayer Software developments.

This year I finally bought a domain for the website (slayweb.com) which is where you are now.

Also this year, after 3 years of no developments, I start work on a new game. By this time I'm writing in Java and I decided to test it's capabilities by writing a sequal to Hit, aptly known as Hit 2. Unfortunatly this game has never been completed, although I hope that one day it will be, maybe.